All the Street’s a Stage

“The energy and vibrancy of the prop-rich set and how the actors pulled the stories out of their surroundings…The pace, physicality and energy of the stories were lovely, and I was struck by how well the actors brought this into the setting, the families watching in the foyer all had a really good time being entertained”

All the Street’s a Stage

The Forest of Arden arrived on the streets of Stratford, when Highly Sprung was commissioned by the RSC to work on a new piece of interactive street performance for Shakespeare’s birthday celebrations, inspired by the play As You Like It.

Two madcap ‘theatricals’ invited the gathered street audience to co-create the performance. Audience members become directors, lighting designers, costumiers and at times, the stars of the show. A director’s chair for the director, a torch for the lighting designer and a full set of costumes and wigs to choose from for the performers.

Armed with Shakespeare’s most memorable moments, love, laughter, marriage, murder and everything in between, All the Street’s a Stage was a highly interactive, funny and engaging improvised performance in celebration of the Bard. 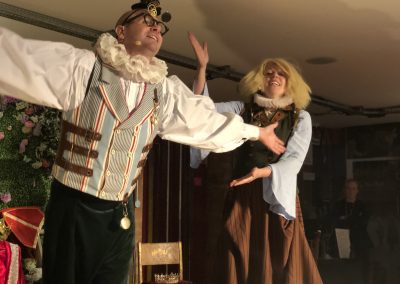 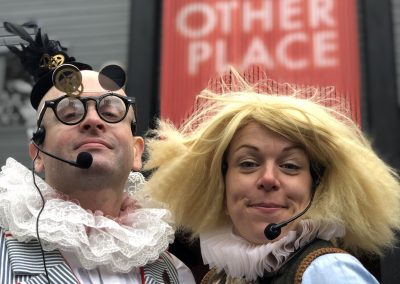 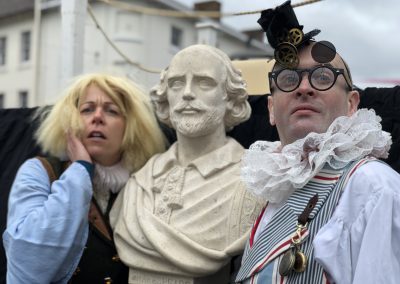 The Other Place, Stratford-upon-Avon