Mental Health has been in the media spotlight recently with the world in lockdown and our young people seeming to bare the brunt of it. Unlike many of those individuals who have been blessed with the ‘luxury of time’ and have filled up social media pages with pictures of newly decorated homes, a fitter body or a well weeded veggie patch, many of our young people have been cursed with the ‘burden of time’; time to sit at home watching Tik Tok videos from professional film makers and well paid celebrities, surfing heavily edited images of models on Instagram and generally searching for their place in the world. Where do they fit into this crazy world where nothing they have grown to love and experience is allowed? With schools closed to the majority of students and all forms of group activities, clubs and sports groups stopped, it’s no wonder the media and parents are looking to the children and young people in our lives with worry, as many of us can see the toll of Lockdown.

In 2014 I wrote Fallout as a response to the rising deterioration of young people’s mental health. The show shone a light on teenage mental health in a way that we felt was necessary at the time. I was working with a number of students who were finding life hard; the added pressures of schoolwork, and the changes instigated by the government to the curriculum were driving young people’s esteem into the ground. So, I started to write a story about the troubles young people were facing – growing up in a world with rising fees for education, lower job prospects and an education system that didn’t allow for difference.

Based on a simple love triangle I created 3 characters: Will, Annie and Jay. 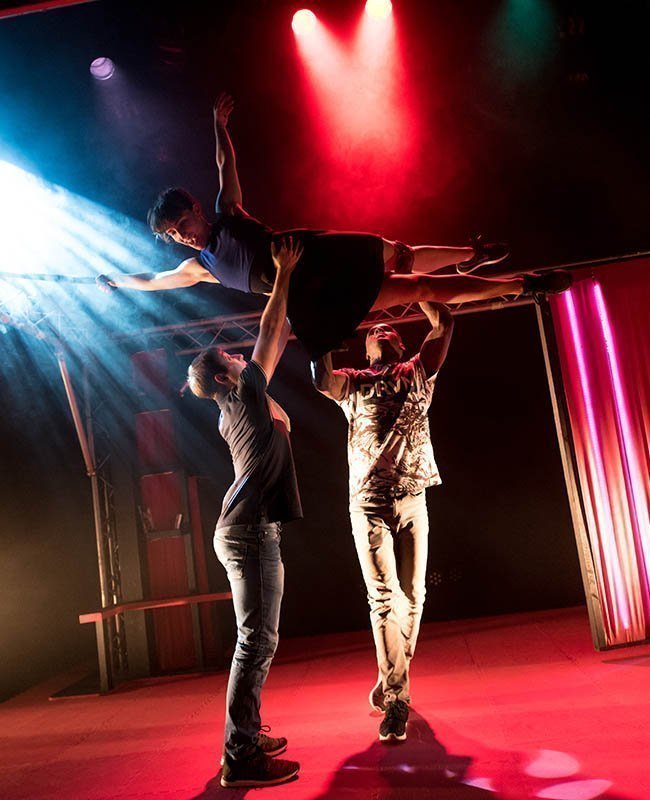 Annie was based on a student I taught regularly at the time. An A-grade student whose love for life was infectious but her understanding of ‘the real world’ was limited and easily distorted.

Will was a character similar to myself growing up; someone who finds the best part of average in his schoolwork, someone who’s humour and sarcastic tongue creates a marmite effect with people and, this may surprise you, someone who could never get out of the friend zone!

Jay wasn’t based on anyone in particular; an amalgamation of characters from my past and students that I have had the pleasure of working with. A highly politicised young man, passionate about making a change in the world and unwavering in his resolve. A young man, tortured by his own thoughts and a difficult homelife.

To ensure that characters were believable I spent a lot of time just listening to how many of our young people spoke; in class, in public spaces and even within my own home. I thrived off the natural zest for life that I put into the character of Annie, Will’s sarcasm echoed through the many school corridors I visited and Jay? Well Jay’s personality wouldn’t be seen in any of those places; he’s the guy who stands in the corner of a room, alone, half the room thinking he was aloof and arrogant, the other half just wanting to rip his clothes of and snog him.

I remember writing it and the text flowing from my conscience. At times I would find myself sobbing into my keyboard as I suddenly realised where these young people were heading, the mistakes that young adults easily make in the heat of the moment, adult problems in a young person’s mind, without the advantage of age, experience or perspective that adulthood brings. I found myself weeping, questioning why nobody in their lives was there to offer a hand of support. I still find it hard to listen to the tracks that were on loop as I wrote it.

The response to Fallout has been incredible and something I am immensely proud of. On it’s opening night we had groups of young people in tears gathering together post show, desperate to talk and open up about the show and how it made them feel. In other locations we had a daughter and mother openly have a conversation her daughter had been desperate to have and it was Fallout that proved to be the catalyst. 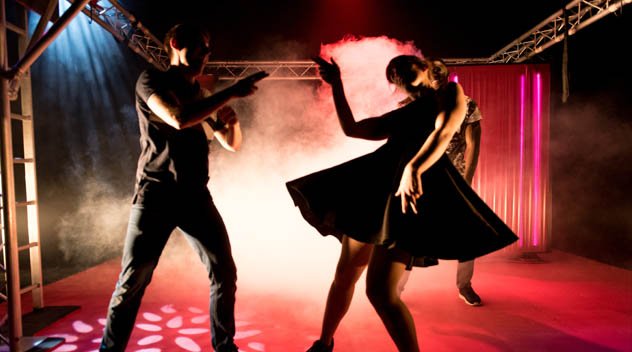 Some reviewers called it “Black Mirror for the stage,”  others “a bleak look into the lives of our young people.” For me, I wrote Fallout for young people; its aim was to get people talking about their thoughts, feelings and emotions. Whether you are a Jay, Annie or Will type of person, being able to talk about the emotions and thoughts that you are having is vitally important. Thinking back to when I was a teenager, I remember feeling as if I couldn’t speak to my mum or dad, but luckily I had some close friends who I still speak with today. BUT when I spoke to them, it wasn’t through zoom or over text.

Lockdown and its negative effects on our young people’s mental health will be felt long after the Covid-19 vaccine is rolled out. The mental ill-health of so many of our young people isn’t a new thing and it’s certainly not something that can be cured with a magic wand or a wonder-vaccine. It’s here to stay, and it is our job to ensure that every young person is equipped with the right emotional tools to deal with the pressures life will throw them. That is why Fallout remains relevant.